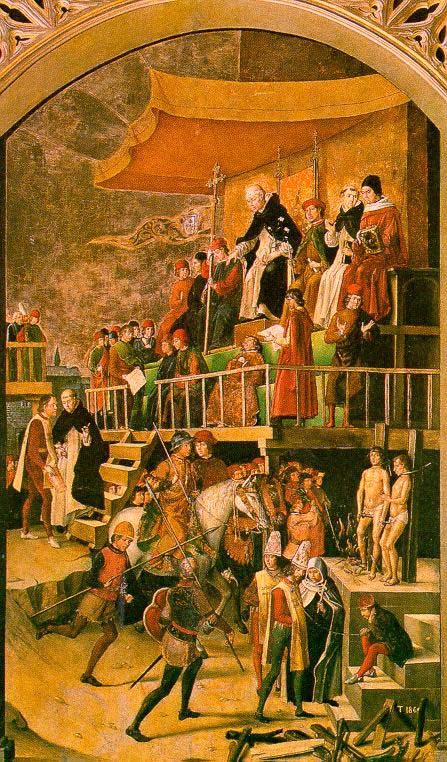 The auto da fé, usually represented as a heretic being burned at the stake, is a symbol used widely in the arts, especially in Europe.